Trending
Best SOL NFT marketplaces to buy and sell arts Interest in ‘NFT’ is now greater than ‘crypto’, shows Google trends What is Airdrop? The Mega Mutant sold for 888 ETH ($3.5 million) is revealed, find out who owns it Polygon quietly fixes a bug that put $24B of MATIC at risk, update sent
NewsNFT 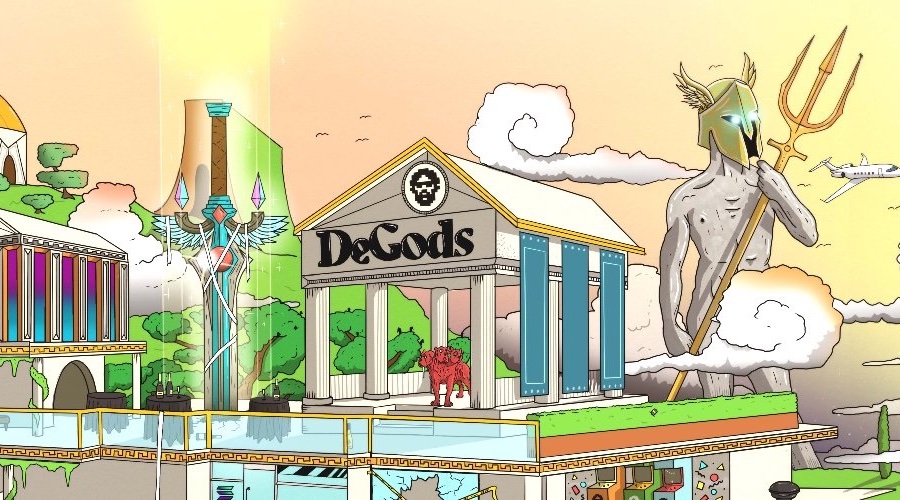 The popular Solana NFT brand DeGods has announced that they are shifting to the zero percent royalty model after a recent debate in the NFT industry about the same. Declaring it the “next experiment,” DeGods founder says that this will be the best decision for its business.

The move to remove royalty effectively removes the collection from potential future legal actions relating to artist royalties. One of the biggest NFT collections on the Ethereum chain, CryptoPunks has also shifted to 0% royalty.

All three collections, i.e. DeGods, t00bs, and y00ts are all shifted to 0% royalty. As this tweet goes live, the metadata for the DeGods collection royalties is being updated from 9.99% to 0%.

Some of the best builders in NFTs will be 2nd time founders.

Founders who launched their first project… but over time the space labeled them a rug & moved on.

They never stopped working despite being labeled a rug…

I think if they got a 2nd shot, they would dominate.

For months, DeGods had been referred to as a rug even though there was huge activity on the marketplace for the DeGods collection. Solanart also defended the decision made by DeGods to remove the royalty and tweeted in their support. The marketplace has a feature of re-introducing custom fees and that’s what is mentioned here in their tweet.

We heard DeGods are going to ZERO?

One of the users didn’t support the decision by logically explaining how royalties are a reason why teams have been actively working on the project and if the creator fee is removed, then the purpose is lost and the team ends up with a short-term quick profit from the minting that happens at the beginning.

This decision is not good for the space. In the short term teams have mint funds, but long term royalties are the main incentive for teams to keep active, motivated, be able to to grow and employ people in the space.

DeGods are where they are because of royalties.

But later, the same user also said that Frank, the owner of DeGods doesn’t owe anything to the community after building up so much, but this was directed towards the smaller NFT creators.

I believed this to be true yesterday and in part still do. But, having thought about it more, @frankdegods doesn’t owe the space shit. He’s doing what’s right for his holders. And that has to be respected.

There have been more projects on the ETH chain that have shifted to zero royalties, and we might see more from the marketplace side of it.

With some good NFT marketplaces already available for the users, the competition for any new coming…
END_OF_DOCUMENT_TOKEN_TO_BE_REPLACED
0
Share
News

Now, Metamask users in the U.S. can purchase cryptocurrency directly from the wallet app by paying…
END_OF_DOCUMENT_TOKEN_TO_BE_REPLACED
0
Share
News

Samsung, the South Korean tech giant has announced the usage of Blockchain technology to upgrade the…
END_OF_DOCUMENT_TOKEN_TO_BE_REPLACED
0
Share